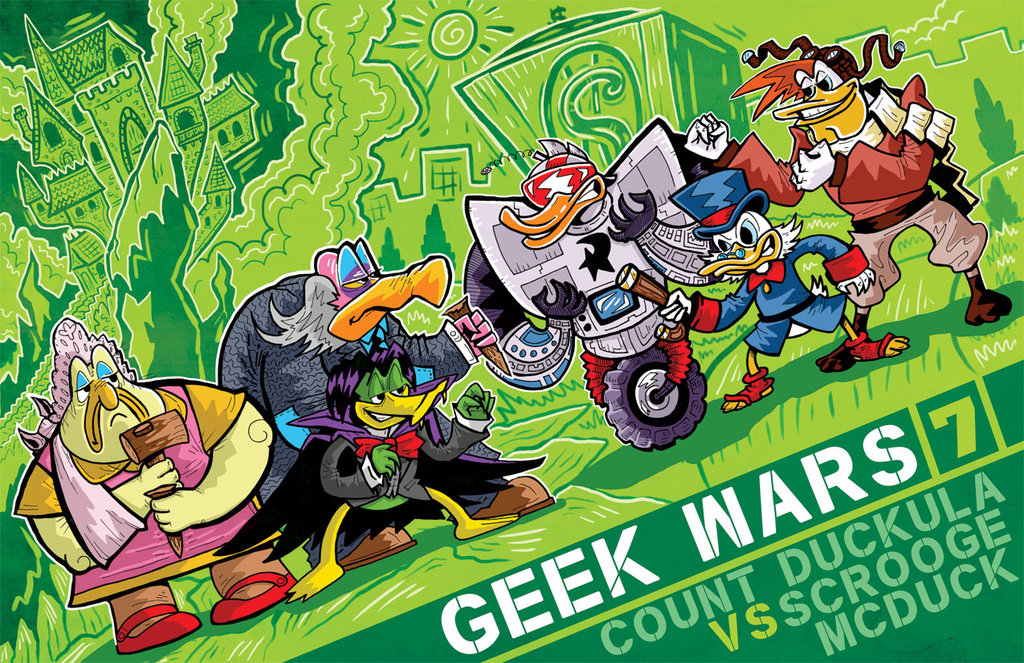 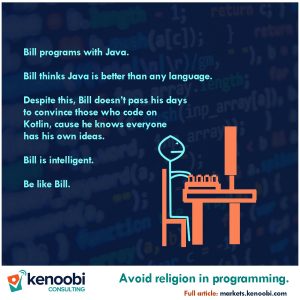 When personal projects are involved, programmers often develop a quasi-religious devotion to their selected language. Disputes over language choices in organizations with groups of programmers are often called “Holy Wars.” Holy Wars can generate enormous amounts of unnecessary animosity over abstract principles and choices. Ultimately, advocacy of programming languages is at best an expression of personal preferences and at worst interpersonal annoyance. Applying personal preferences to larger groups doesnt work.

Only a Sith deals in absolutes.
Obi-Wan Kenobi, Star Wars Episode III: Revenge of the Sith

As a programmer you should avoid holy wars disputes because:

Kenoobi Consulting focuses strongly on languages which represent the greatest flexibility, the most stability and the widest and deepest use cases for business and web applications. Begin today with us: consulting(at)kenoobi.com

Why consistency is important in every area of Kenoobi Group.
Benefits of Kenoobi Data Cloud Storage